London is home to some of the best tennis clubs in the world, with courts offering something for every type of player and at every level. Whether you’re looking for somewhere quiet and peaceful in which to practice your serves or something more sociable where you can meet new friends and make business contacts, there’s a club for everyone.

From public courts to private clubs with dress codes and strict membership policies, there are plenty of places where you can enjoy this popular sport. There are hundreds of tennis clubs and courts in London, but finding the right one for you can be tricky. That’s why we’ve put together this guide to the best tennis clubs and courts in the capital.

The All England Lawn Tennis and Croquet Club, Wimbledon 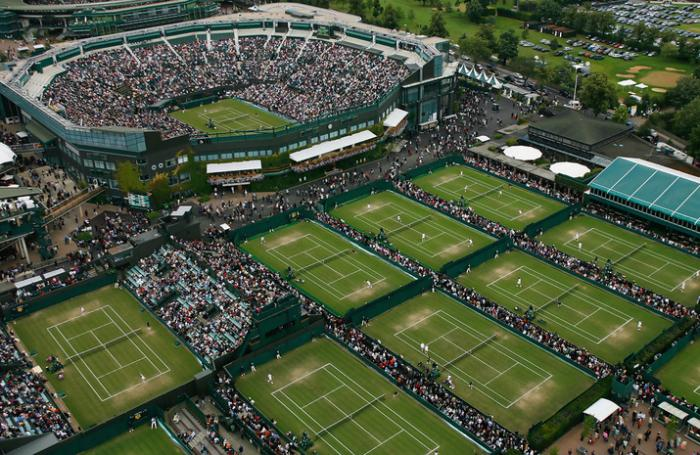 The All England Lawn Tennis Club (AELTC) is a private members’ club located at Church Road, Wimbledon, in southwest London. It is best known as the venue for the Wimbledon Tennis Championships, which has been held there since 1877. (AELTC), also known as the All England Club, is a private members’ club in Wimbledon, London. It has two locations: the original one on Church Road and another at Knightsbridge which opened in 2012.

The AELTC organizes the Wimbledon Championships, an annual tournament widely considered to be the most prestigious grass-court tennis event in the world. The tournament is fondly named after the London Borough in which it resides.

The Club's exclusive membership has historically been limited to male tennis players, with the exception of honorary members and females invited to join the Junior Committee. Its grounds include 22 grass courts (of which 4 are stadiums) and a pavilion.

Moving southwest of central London, towards Barnes and Richmond, the capital takes on a more leisurely feel, with leafy streets and quaint 19th-century homes.

The Roehampton Club, located in a hundred acres of parkland near Richmond Park, is well-known for having some of the best grass courts in the country; many tennis pros compete here in an intimate pre-Wimbledon tournament. In addition to tennis, there are numerous sporting and leisure facilities, including an 18-hole golf course. 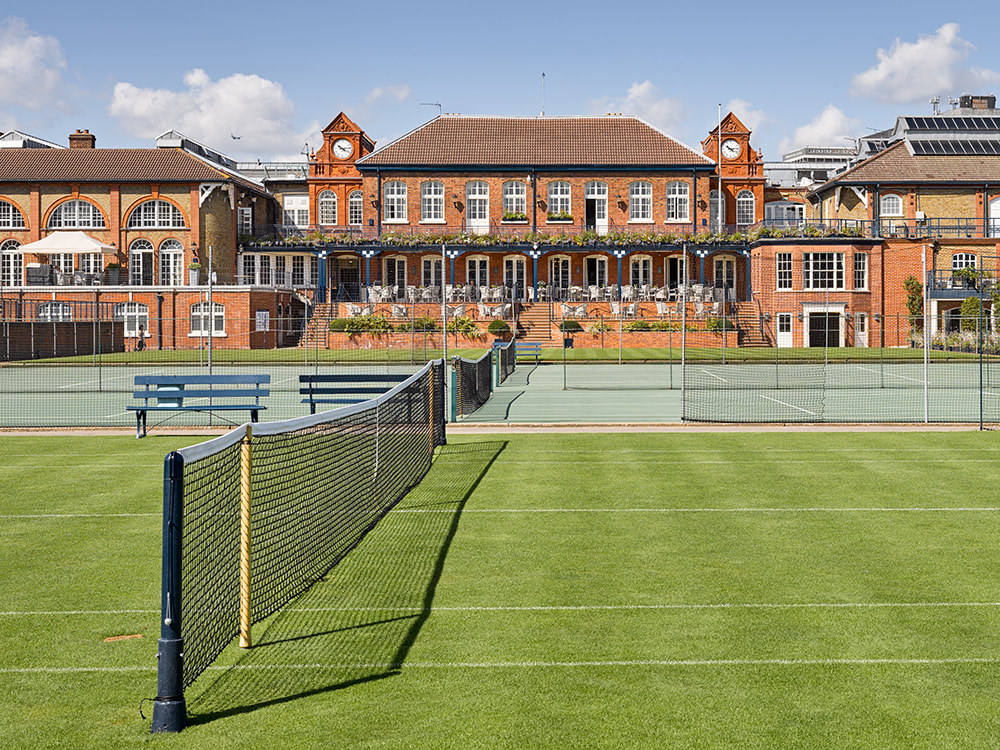 The Queen's Club Championships, which is held the week before Wimbledon's grass-court championships, has attracted the world's best tennis players over the years, including Andy Murray and Novak Djokovic. The winners of each championship are given honorary life membership in the club, which means you could be practicing your serve alongside Boris Becker (if you can afford the membership fee, that is).

Interesting fact: Roger Federer has never played at Queen's because he was denied a wildcard to the tournament in his early days as a pro - a decision Queen's probably regrets. Membership in the club requires one to be proposed and seconded by two current members, so perhaps not the easiest way to paly tennis in London. 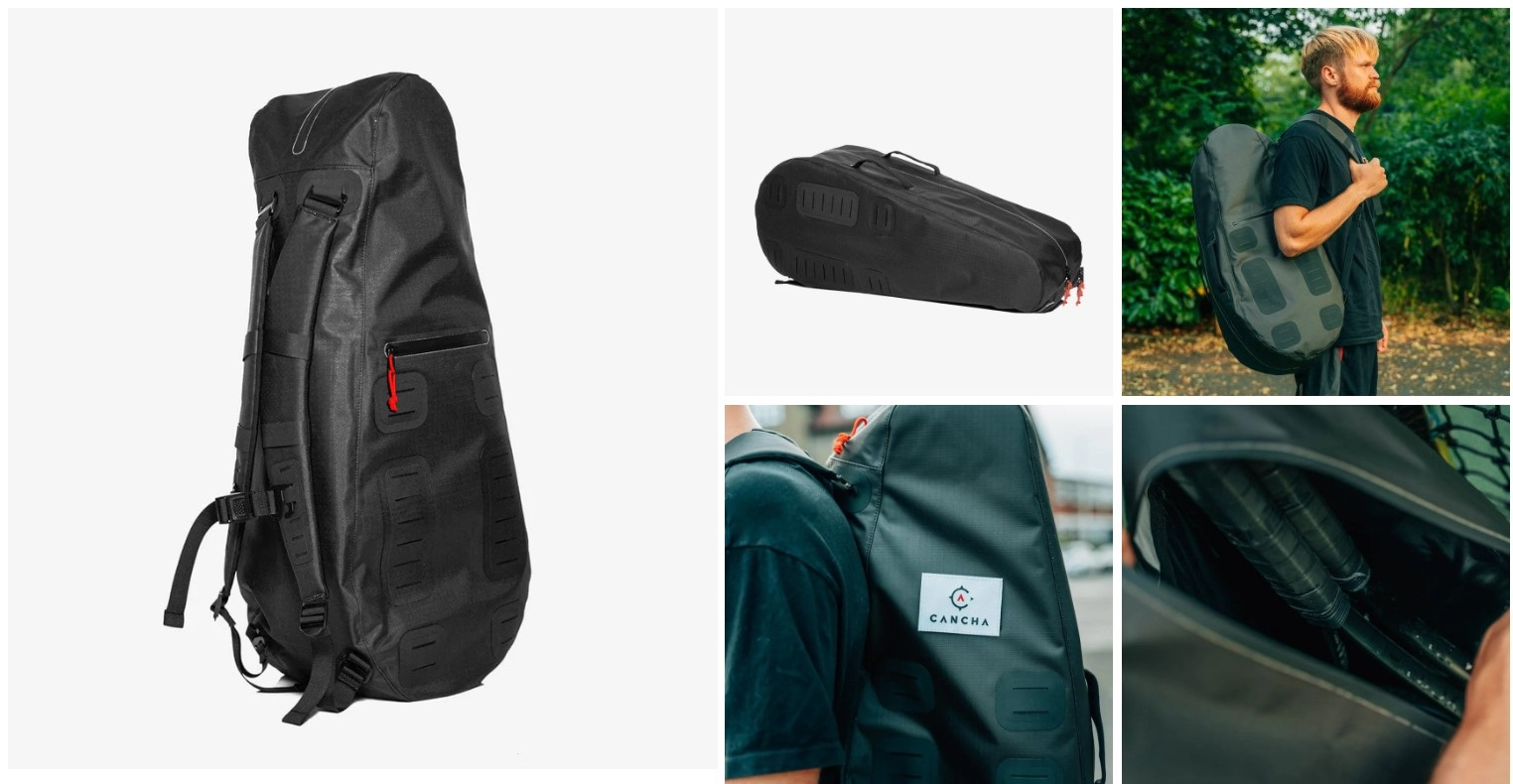 If you are planning on Joining a tennis club, a great tennis bag is a perfect match for your new tennis lifestyle. The best tennis bags make it easy to bike around London with your racquets, fit an extra pair of shoes and a change of clothes for work, and even keep the rain off when it pours (which is typical in London, by the way).

The Cancha racquet bag is ideal for storing or transporting your most important equipment—whether your favorite tennis racquets or work gear - or both at the same time! Its minimal design makes it both stylish and easy to carry by any means of transport, and its modern water-resistant material offers durability and long-lasting use in all weathers.

Check it out here. 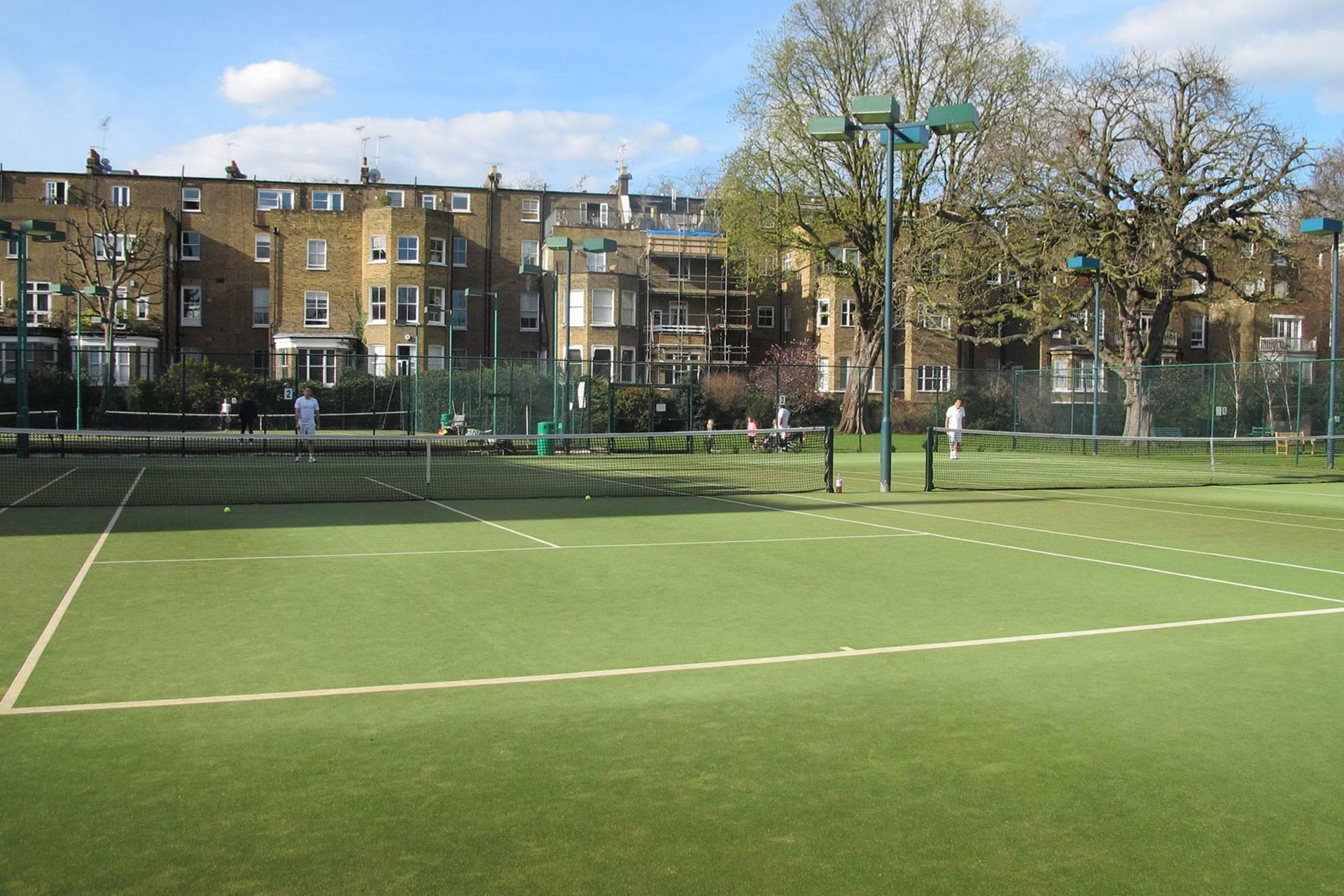 The Lawn Tennis Club, set on a quiet hilltop and surrounded by affluent Holland Park Avenue mansions, is a firm favorite of sporty types from Notting Hill and beyond, many of whom treat it as a second home.

Holland Park Lawn Tennis has a total of eight outdoor tennis courts in London. Five of these are all-weather (artificial grass) courts that are floodlit and open throughout the year, while the remaining three are grass courts that are open from May to September.

While they don't have any indoor courts, they do sometimes have an indoor bubble in certain months of the year. It's worth noting that the club is open seven days a week, from 9 a.m. to 11 p.m. - you can no longer blame your shaky serve on a lack of practice. Just make sure you book days in advance during the summer. 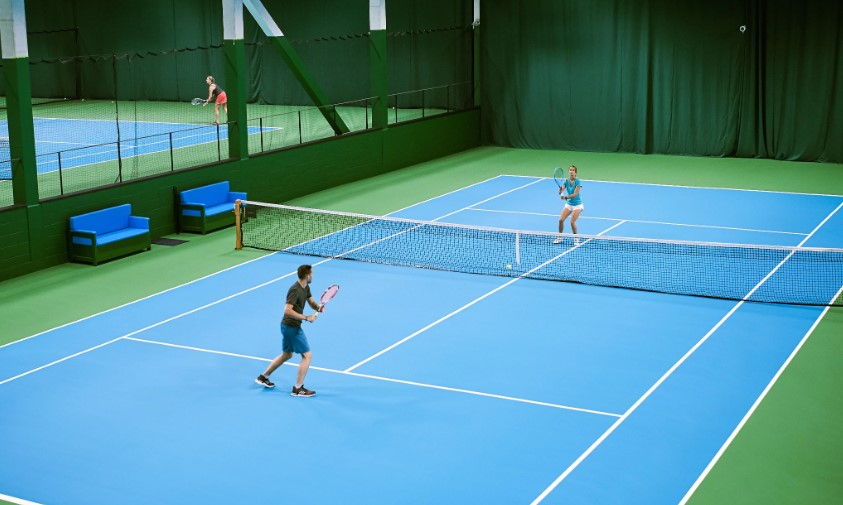 The Harbour Club Chelsea in Fulham is a full-service fitness center, and it is included in the list because it somewhat reassembles affordable luxury. The club features 12 world-class tennis courts, a two-story state-of-the-art gym, six fitness studios, three swimming pools, and a luxurious spa.

The Harbour Club Chelsea is known for its modern design and commitment to providing members with the highest levels of service and hospitality. From group tennis sessions to individual coaching, you are bound to find a game at this club.

The Harbour Club Chelsea is the ideal destination for members seeking an exclusive experience in the city, thanks to its array of amenities (including a gym) and warm, welcoming atmosphere. It's even an lta sanctioned venue for tennis tournaments and competitions throughout the year. 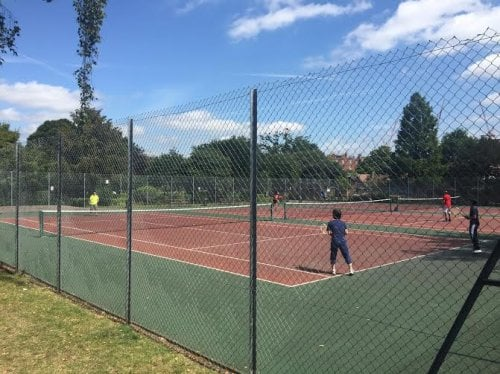 Kilburn Grange Park has two playgrounds, an outdoor gym, and three tarmac tennis courts in addition to floodlit football and basketball courts. After registering for an account, players can book tennis courts in London up to five weeks in advance online.

While bookings are not refundable, if your game is canceled due to inclement weather, you can request credit by emailing parks@camden.gov.uk. The courts are located just off Kilburn High Road, a two-minute walk from Brondesbury Overground and a five-minute walk from Kilburn Tube. If you are looking to get a quick win over your favourite tennis buddy in London n7 9pl, give this club a try. 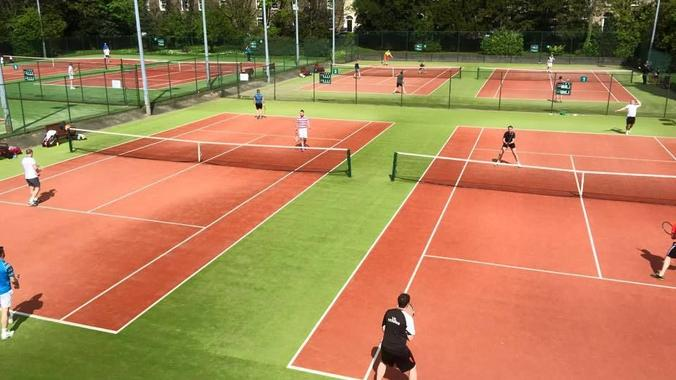 Campden Hill Club, located in Kensington, was founded in 1884, shortly after the first Wimbledon Championships. The Club has a total of twelve courts, six of which are outdoor and six of which are indoor, as well as a practice court and a Clubhouse with a bar and restaurant. The Club is a non-profit organization that is run for the benefit of its 1,600 members.

While the membership fee is reasonable for London, there is currently a two-year waitlist unless you have the level to play matches for their first team. It certainly does have some of the best tennis courts in the area, if you manage to get in. 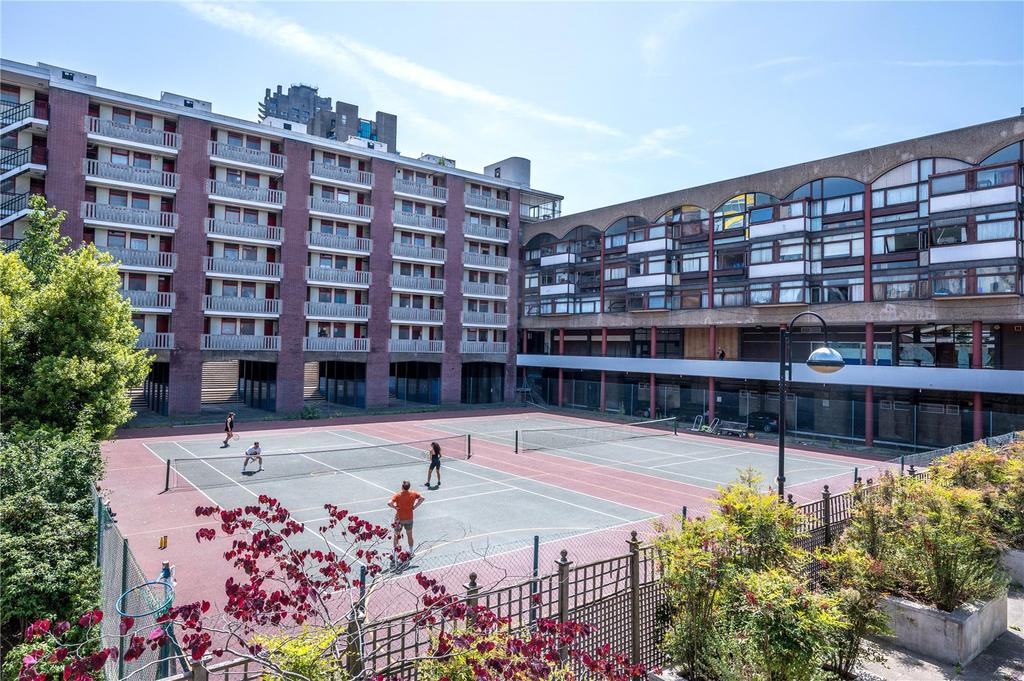 The Golden Lane Tennis courts are located next to the Barbican Estate, a grade II listed Brutalist masterpiece, in what has to be one of Europe's most unique residential estates.

All members of the public can use the courts by booking online. You'd better hope your backhand is on point with apartment balconies overlooking the courts. These are park tennis courts, London style. 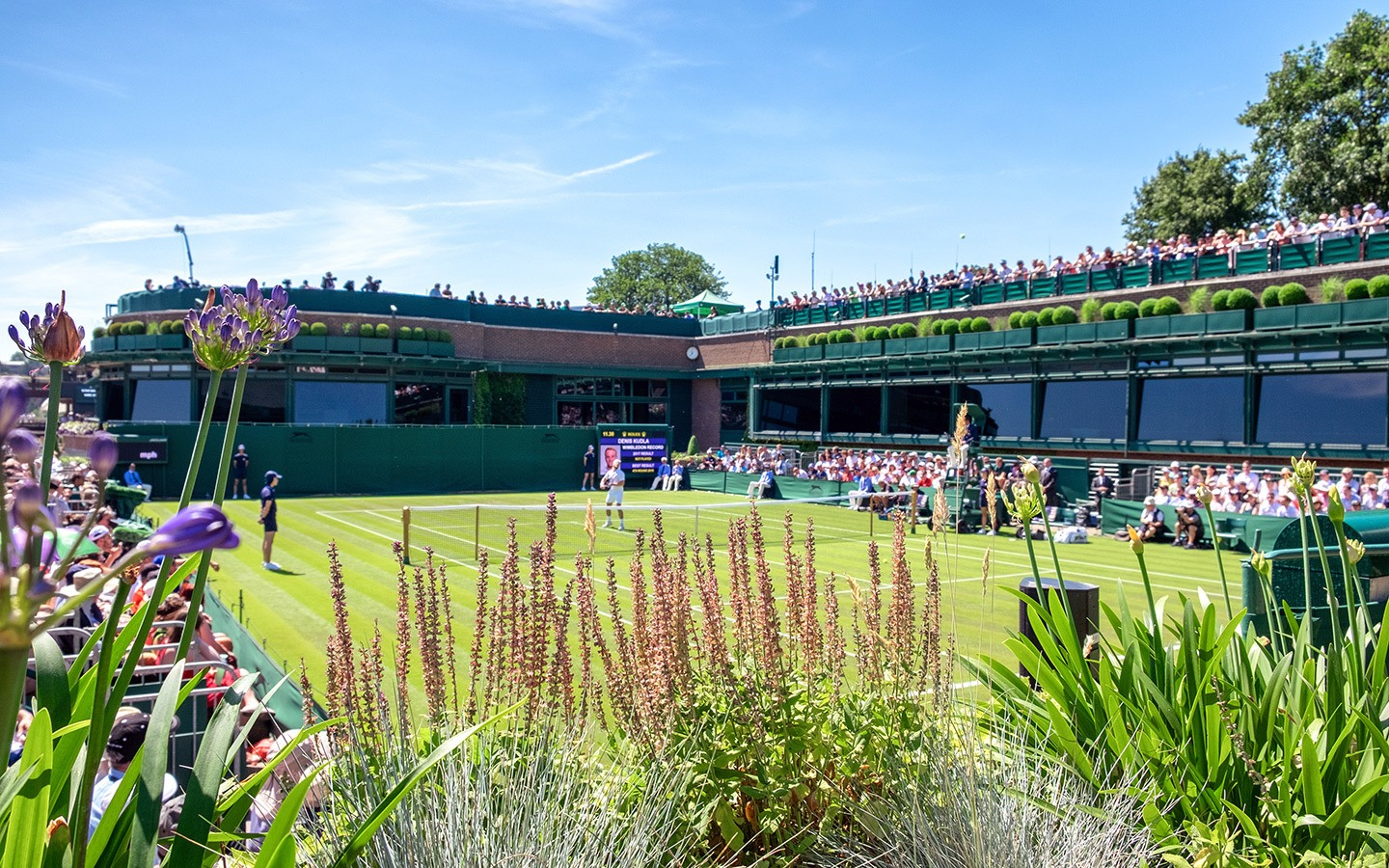 The Gardens Lawn Tennis Club was founded in June 1903 following a meeting of residents in the Southfields Station neighborhood. W Mitter stated (as recorded in the minute books kept by the membership secretary and still in pristine condition) that the proposed location for the tennis courts should be at the back of Southdean Gardens.

A tennis club run by residents for residents is the motto of this club, and it doesn't consider itself a tennis center where only the elitist can join. Without wasting any time, the courts were built within a year and play began. If you live nearby and want to get some valuable tennis in, give this club a try.

Other Places to Play Tennis in London

The Islington Tennis Centre and Gym, located in the London Borough of Islington, is one of the busiest tennis centers in the country. While not exactly a park lawn tennis club, they do allow you to pay and play, without necessarily being a member.

So, we hope this list has provided you with an idea of some of London's most exclusive and high-end tennis clubs. Remember, if you are planning to play some serious tennis this year, be sure to get a travel-friendly tennis bag to match.

The Best Gifts for Badminton Players in 2023

The Best Places to Play Tennis in London

Fast-fashion is dead. Poor quality equipment that doesn’t work as it should or breaks 6 months later is no longer acceptable.

Cancha was created out of the desire to build sports & travel gear as tough as it is beautiful. Our goal is to inspire you to pursue your passions with top quality bags that are built to adapt, built to last, and built to travel.

Since day one, we’ve strived to be a brand that continually innovates and adapts in forward motion; a brand that upholds ethical and sustainable practices at every stage of the process. While cheaper bags might carry a lower price tag, they also carry a much larger long-term burden, including negative social and environmental impacts and unexpected replacement and repair costs.

Are you going to waste your life on poor quality products that rarely inspire?

Cancha is not a discount brand. Cancha Bags are premium products. (Did you know that a third of our costs comes from our specially-sourced fabric alone?)

We exist for the sole purpose of supporting your active lifestyle. That's why we spent 3 years developing the precise combination of industry leading materials and modern design language, so as to bring you life-proof packs that will always have your back (literally).

Thanks for your feedback!Agree with our stance on quality? Yes / No